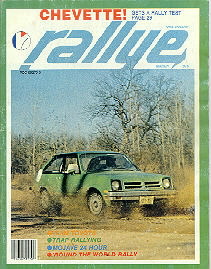 The Curta Calculator by Jim Bianchi

How to Calculate with a Curta

by Bruce Flamm
Perhaps no calculator of any type has generated more discussion than the Curta. Although a book could be written on this incredible device and its inventor, I will limit this article to a very brief summary. In the future I'll discuss more details and explain how this wonderful machine actually works. What is it? The Curta looks like a small metal pepper-mill or coffee grinder. It is, in fact, a precision instrument which performs calculations mechanically using no electric or electronic parts. I can best describe the sensation of turning the crank on a Curta as being similar to winding a fine 35mm camera. To the best of my knowledge it is the smallest mechanical calculating machine ever built. Who invented it? Mr. Curt Herzstark of Austria. How was it invented? Over the years I've heard rumors that Mr. Herzstark secretly developed the Curta while imprisoned in a German concentration camp. Apparently this is almost true. Herzstark was a prisoner at Buchenwald but the camp leaders were aware of his work and encouraged it. They apparently wanted to give the invention to the Fuehrer as a victory gift at the end of the war! Herzstark was given a drawing board and worked on the design day and night. The camp was liberated in April, 1945 by the Americans. Herzstark survived as did his revolutionary concept for a miniature calculator. (More details about how Curt Herzstark ended up in a concentration camp in a future issue.) When were the Curtas made? Although several prototypes were made, the first production began in April, 1947. The last Curta was made in November, 1970 but they were still sold until early 1973. By then, pocket electronic calculators were selling for under $100 and a precision mechanical instrument like the Curta could no longer compete. Are there different Curta models? The Curta II is slightly larger than the original Curta. It was first produced in 1954 and has a larger numeric capacity than the Curta I. How many Curtas were produced? In 1949 only about 300 Curtas could be produced each month. By 1952, production had increased to about 1,000 units per month. Over the course of about 20 years approximately 80,000 of the Curta I and 60,000 of the Curta II were constructed. Are there any Curta prototypes? Mr. Herzstark kept three prototypes in his home in Nendeln, Liechtenstein. Upon his death in 1988 they were sold to a private collector. Are there different protective cases? Since the Curta is a precision instrument, it was sold with a protective capsule or case. These are screw-top cylinders often with internal padding. Some plastic capsules were made but these were found not to be suitable so production was stopped and the metal cases again prevailed. Apparently Prince Heinrich von Liechtenstein found the metal case to be to rigid for a precision instrument so he had a special leather case crafted for his Curta. Why does the cap of the Curta's protective capsule screw on backwards? I had always assumed that this was to prevent someone from hastily unscrewing the cap and dropping the fine instrument on the floor. I recently learned that this was actually a design change made to prevent the accidental turning of the Curta's operational crank when the case was screwed shut. This accident would leave the Curta not ready for calculation when the case was opened. Early metal cases having a clockwise closing cap are apparently quite rare. Special thanks to member Bob Otnes in Palo Alto, CA and Peter Kradolfer in Germany for providing information used in this article. Please send any interesting information that my be helpful for future articles on the Curta to Bruce Flamm, 10445 Victoria Avenue, Riverside, CA, 92503.

Curt Herzstark envisioned a world free of unnecessary thinking when his Liechtenstein jewels first appeared in 1947. The original design was so nearly perfect that very few changes were ever introduced during its 23 years in production. Back then, Y2K was a part number for a vacuum tube. But time and progress do not stand still and if Curt were alive today, he would be producing the Curta 2000 model. Alas, Curt is not alive to carry out this significant product improvement, so I have taken up the challenge and developed a modification for your type I and II Curta calculators. Curt eliminated unnecessary thinking - now the drudgery of manual cranking is going to be a thing of the past. This article provides the details to convert your low-tech pepper grinder into the motor-driven Curta 2000. It's like upgrading your 286 computer to a Pentium III - and nearly as easy.

For the stage one upgrade, you'll need the following tools and materials; See Note 1 before beginning any work on your Curta. It's just that easy folks! Each time you press the shutter release button on the MD4 your Curta goes through one crank cycle. Now you don't have to think or work! The future we all dreamed of is here - the Curta 2000.

Curt say's "if some's good, more's better, and too much is just enough!" And who can argue with that? You've already made a big improvement to your calculator with the Curta 2000 modification- but why stop there? You can get more - much more - from this transformation. The Nikon MD4 is powered by 4 AA cells, which provides 6 volts DC at fairly low amperage. In stock trim, the MD4 will cycle in about 3/4 seconds - faster than hand cranking, but still not fast enough. Tool Time's Tim Allen would tell ya' - this baby needs more power! Using the booster cables from your trunk, connect your car battery to the motor drive. You've doubled the voltage and hooked into virtual limitless amperage. *Curt's Tip #4 - Watch the polarity! If you've reversed the connection, you'll drive the calculator backwards. This setup has the power to overcome the ratcheting mechanism that normally prevents this condition. If the calculator makes a crunching sound and metal bits fall out when you cycle the motor drive - it's reversed. Also, you may want to wear oven mitts when using the 12 volt connection - it tends to get hot. If thick smoke or flames appear, discontinue use momentarily.

You've completed the mechanical and electrical mods to your Curta, or should I say - your Curta 2000 - now its time give the ascetics a kick into the third millennium. The possibilities are endless but here are few tasteful changes that are real head turners. American car and motorcycle manufacturers learned long ago that you can't beat chrome plating (the more the better) to give your product the right look. The drab satin black finish on the Type I can be completely concealed under a luxurious layer of bright chrome. Just take the whole unit to an automotive bumper shop and have them throw it in their plating tank. Presto - like magic you have a gleaming icon of fine industrial design. Note: This process can obliterate all the numbers on the unit. If this happens to yours, just reestablish them with an ink marker. In addition to, or as a separate option, what about speed stripes. You choose the colour and size - express your individuality. Stripping tape is available at auto parts stores. Interior lighting, engraved initials, digital interface, drilled lightning holes, anti-theft alarm, shot peening, …you name it. I'll bet some of you creative types are thinking of mods right now that you could make to improve the performance and appearance of your Curta. Machine ready! Editor's Note: Mr. Heath is currently working on a mechanical/electronic hybrid version of the Curta 2000. The output digits will be replaced with LED displays and the input sliders will be covered by a numeric keypad! The unit will retain the gear based mechanical CPU. It may be powered by a small wind generator, but early experiments have proved disappointing. The minimum 11 mile per hour air flow is seldom present in indoor settings. One of the possible solutions is to increase the diameter of the turbine from 6 inches to 4 feet, but this would add an extra 45 pounds and considerable bulk to the once pocket sized calculator. Mr. Heath is interested in obtaining type I and II Curtas (by donation) to further his research. Your unit will be returned as a prototype when completed. Note 1. Do not carryout any of these modifications on your calculator!